It started with an innocent comment about the difference in our ages. 28 years. And yes, my daughter is 10, so there goes all the mystery about my age.

Somehow that led to the question why. Why 28? Why was that the age I finally decided to have a child? And how long had I been married? And how old was I when I got married? And speaking of getting married, what was that like anyway?

I was sixteen, far from home, super excited about a summer of working hard with other teenagers, super nervous to be sitting in the big group of them, super self-conscious and wondering what they all thought of me. Was my hair too frizzy? Did I look calm enough? Why didn’t I wear the other jean shorts? When they asked people to talk about themselves, I started planning. Be genuine. Tell the truth. Sound confident. Don’t say anything stupid. Don’t act like you aren’t trying to say anything stupid. Some guy in the row behind me stood up for his turn. The minute he started talking, my eyes got big. He was earnest. He was impassioned. He used big words and made no effort to sound cool. He talked about why he was there and how much he wanted to serve people. And I sat in my chair and thought, “What is with this dude? There is no way this guy is for real. No one actually talks like that.” And I looked around the room. And I wondered which of the people I saw were going to be my closest friends. 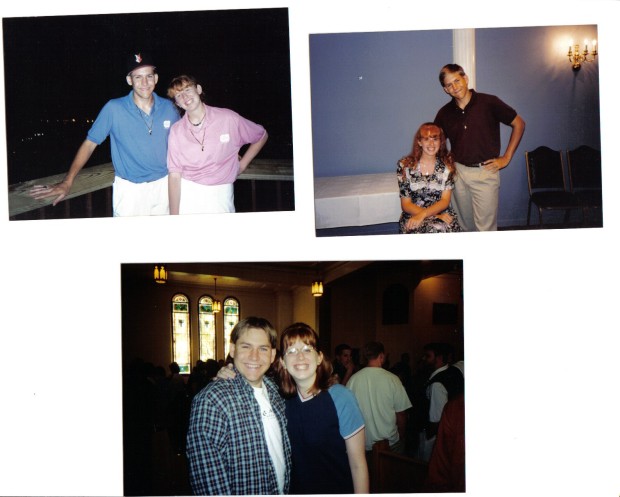 It was my sophomore year of college and I had a job off-campus waiting tables. It was hard to squeeze in the hours between classes and rehearsals and homework, but college wasn’t going to pay for itself. On my way home from one long shift, still smelling like pizza and the bleachy spray I had used to clean up the salad bar, the back tire of my little car blew out, leaving me stranded in the rain. Making a phone call meant walking to the nearest gas station and popping quarters in a pay phone.  I considered calling my brother, but I couldn’t risk wasting my quarter if he was too busy, so instead I called the one person that I knew would come no matter what else he was doing. I called my friend Nate. He came. He changed my tire in the middle of a mud puddle. He followed me home. And then he brought me the patched up tire the next day and spent an hour showing me how to change a tire by myself.

She’s heard a few of these stories before, but somehow they just don’t get old. Not when it’s your parents. Not when it’s the story of how you came to be.

That summer was the hardest one I had ever spent. The next year would be my last year of college and I still wasn’t sure what I wanted to do when it was over. I was living with my parents, but they had moved to a new town in a new state, and I didn’t know anyone there but them. I waited tables every hour I could get, and I hiked the mountains alone on all my days off.  My mom asked me to go with her to a funeral. A lovely family in their church had lost a baby. Stillborn. I didn’t know them. I went anyway. It was as heart-wrenching as you could imagine, but the love the little family felt for each other was palpable. I sat there and thought that if I ever had to face such an incredibly horrible moment, I would want Nate to be with me. I mean, I would want my husband, whoever he was, to be there, too, of course, but I would hope that m friend Nate would come and visit me. I thought that seeing him at a time like that would make something so painful a little more easy to bear. 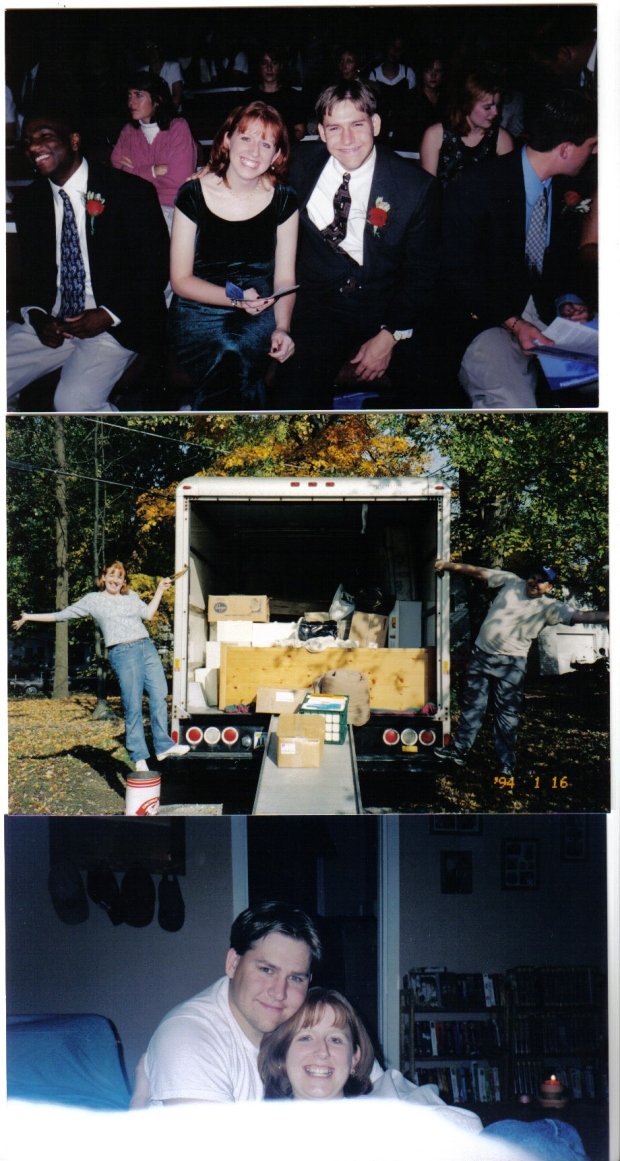 The conversation came to a natural end. We dropped the oldest off at a birthday party. Back in the car a few minutes later, my little girl asked for more stories. “What else would you like me to tell you about?”

“Maybe you could just give more details,” she said.

We didn’t stop talking all the way home.

It was the best and the most exhausting summer of my life. Study abroad. Two months in Argentina, speaking nothing but Spanish, wandering the streets of one of the greatest cities in the world with one of my best friends in the world. Really good bread and really horrible sinus infections. Adventures and misunderstandings and a World Cup win against England. Plus a few visits with our really good friend Nate who was living as an intern on the other side of the city. Those visits were really something. Eating churros with chocolate and watching this person I’d known so long completely light up from the inside out. The work he was doing. The people who were teaching him. The new ideas. We talked for hours. It was thrilling in a way I couldn’t put my finger on. Until three months later. Back at home. A cold and rainy night when the blankness of my future rose up and threatened to swallow me whole. A long conversation sitting in his car. The mere suggestion that we could…maybe…in some possible reality…be more than friends. “I’m going back to Argentina,” he said. “I know,” I said. And everything in my world fit together.

There are no right words. There is no list of rules that ensure they’ll walk the right path. There is no adequate way to explain the complexity of life.

But there is our life. Our triumphs and our mistakes. The things that fill us with pride and the things we bitterly regret. Those things are real and they are alive.

And here’s the real kicker about our stories:  unlike our lectures, our kids actually want to hear them.

What on earth are we waiting for?

2 thoughts on “My Story, Their Story”